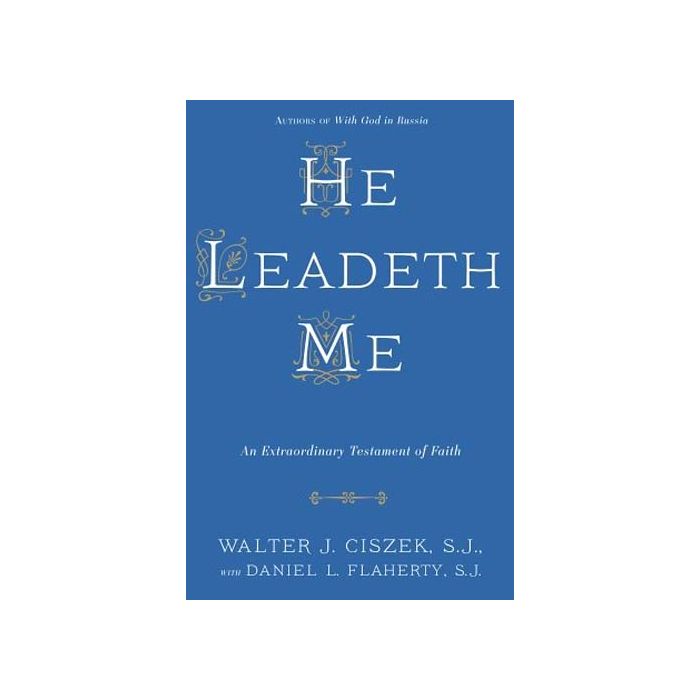 He Leadeth Me - An Extraordinary Testament of Faith

Author: Walter J. Ciszek
Item
26414
In stock
Be the first to review this product
$16.00
Add to Wish List Add to Compare
Gift Registry
Add
Description
by: Fr Walter J. Ciszek, S.J.
, and Daniel L. Flaherty, S.J.
He Leadeth Me is the deeply moving personal story of one man's spiritual odyssey and the unflagging faith which enabled him to survive the horrendous ordeal that wrenched his body and spirit to near collapse.

Captured by the Russian army during World War II and convicted of being a "Vatican spy," American Jesuit Father Walter J. Ciszek spent some 23 agonizing years in Soviet prisons and the labor camps of Siberia. He here recalls how it was only through an utter reliance on God's will that he managed to endure. He tells of the courage he found in prayer-a courage that eased the loneliness, the pain, the frustrations, the anguish, the fears, the despair. For, as Ciszek relates, the solace of spiritual contemplation gave him an inner serenity upon which he was able to draw amidst the "arrogance of evil" that surrounded him. Learning to accept even the inhuman work of toiling in the infamous Siberian salt mines as a labor pleasing to God, he was able to turn adverse forces into a source of positive value and a means of drawing closer to the compassionate and never-forsaking Divine Spirit.

He Leadeth Me is a book to inspire all Christians to greater faith and trust in God-even in their darkest hour.

"...an intimate and deeply moving account of uncrushable faith, of hope that would not be put down, and a love which, like Christ's, extended even to his persecutors." -Catholic Review