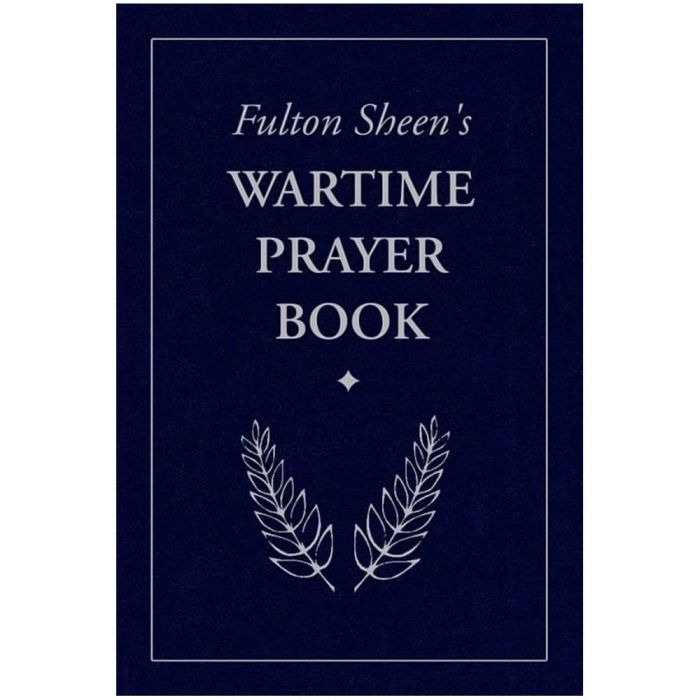 Recently, a friend sent Sophia Institute Press his only copy of The Armor of God, a sixty-year-old, pocket-sized prayer book, its scuffed leather cover worn from hard use in rough circumstances.

Written for soldiers by Msgr. Fulton Sheen in the darkest moments of World War II, this small prayer book has been proven in combat and hallowed by the suffering, prayers, and sacrifices of thousands of Catholic fighting men and women on ships, submarines, and aircraft, in fortresses and foxholes, and even in hellish prisoner of war camps across Europe and the Pacific.

Peacetime led those soldiers and sailors to put aside this powerful wartime prayer book as they entered a world rendered more secure because of their sacrifices.

New enemies have shattered the security those good soldiers won sixty years ago. Terrorism now takes as its battlefield our homes, our schools, and our workplaces, threatening even those of us who are not in the military.

Duct tape may protect us from chemical and biological weapons, but it surely won't protect us from the corrosive, soul-destroying impact of fear, anger, uncertainty, and despair, which daily life on this battlefield is causing already.

Now is the time to draft The Armor of God back into God's service.

Re-published as Fulton Sheen's Wartime Prayer Book, in a pocket-sized leatherette edition similar to the original that you can carry with you in your car or on the subway, and that soldiers can carry in their uniforms as they face the enemy.