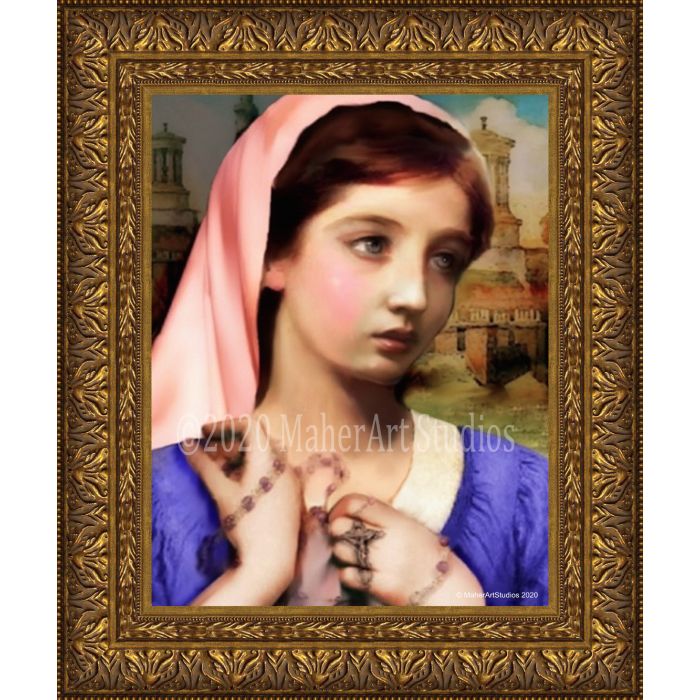 Limited Edition Canvas with hand-signed and numbered certificate Only from In His Name.

This glorious 11 x 14 digitally reproduced canvas is framed in your choice of 2 beautiful frames that will bring the tender, loving image of this revered saint into your home. Overall size with frame approximately 16 x 18 inches.

Mrs. Maher has created this touching image while in prayer and the devotional beauty shines through.

Each canvas comes with a hand-signed and numbered certificate. Only 100 of this Limited Edition canvas will ever produced.

Maria Goretti lived only 12 years. She was canonized by Pope Pius XII 48 years later after her violent death.

She was stabbed to death on July 6, 1902 while resisiting the advances of the son of her father's business partner. The farm families of Goretti and Serenelli shared a farmhouse while working the land together. It was the Alexander Serenelli, the 20 year old son, who tried to seduce the young Maria. When she refused him, Alexander stabbed her repeatedly with an awl. She was found and rushed to hospital but died of her wounds the following day. Before her death she forgave her attacher.

Arrested for the murder, Alexander was imprisoned and experienced a vision of Maria. He repented and converted while in prison.

Her cause for canonization was opened because she was credited with intercession in over forty miracles after her death. Alexander attended her canonization.

A model of Purity - She is invoked by rape victims, victims of sexual assault and harassment, and those who seek or give forgiveness. 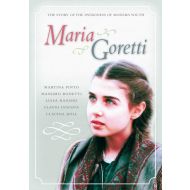 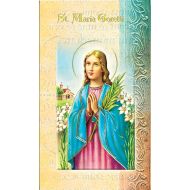 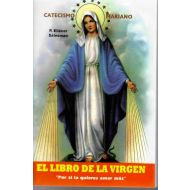