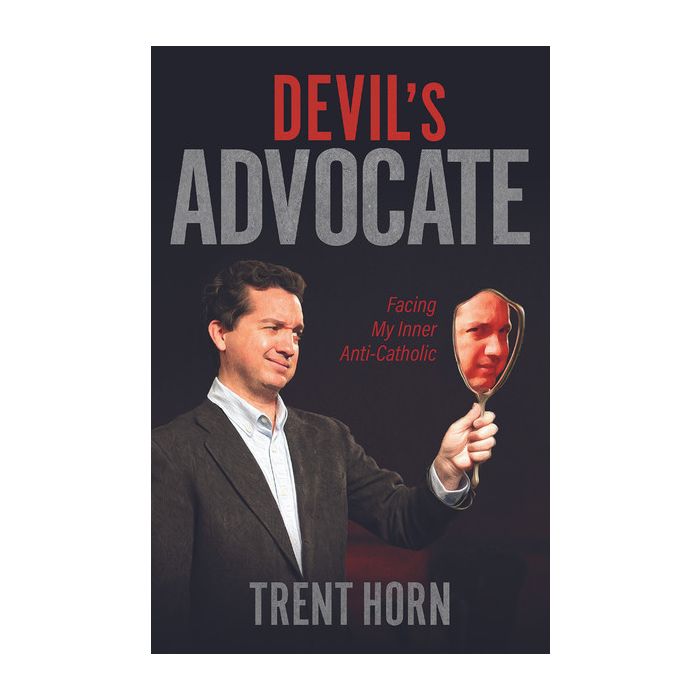 He has debated Protestants, skeptics, and socialists. He has refuted countless atheist arguments and debunked a thousand anti-Catholic myths-without breaking a sweat. But now Trent Horn has met his match . . . himself.

What if the voice of your deepest doubts and difficulties about Catholicism rose up in the form of a human being and challenged you to a defend your most foundational beliefs? That's the task Trent faces in Devil's Advocate: a dialogue with his own best objections against the faith he professes and defends.

In this engaging series of conversations with his anti-Catholic alter-ego, Trent battles challenges on topics such as:

The voice of doubt does not mess around-not for Trent, and maybe not for you, either. But in Devil's Advocate, you'll find that there's a better option than ignoring those doubts you can't quite beat. You have what it takes to face them . . . and Trent will show you how.

After his conversion to the Catholic faith, Trent Horn earned a master's degree in theology from Franciscan University of Steubenville, a master's degree in philosophy from Holy Apostles College, and is pursuing a master's degree in bioethics from the University of Mary. As a staff apologist for Catholic Answers, he specializes in teaching Catholics to graciously and persuasively engage those who disagree with them. Trent models that approach each week on the radio program Catholic Answers Live, where he dialogs with atheists, pro-choice advocates, and other non-Catholic callers. Trent is also an adjunct professor of apologetics at Holy Apostles College and the author of numerous books, including Answering Atheism, The Case for Catholicism, and Why We're Catholic – Our Reasons for Faith, Hope, and Love, and Can A Catholic Be a Socialist?