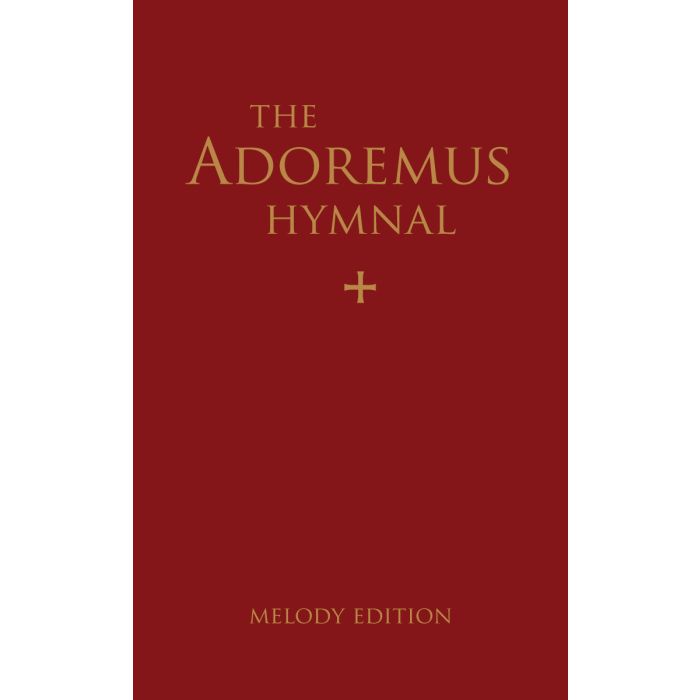 Direct Ship
Be the first to review this product
$18.95
This items ships directly to you from our manufacturer.
Add to Wish List Add to Compare
Gift Registry
Add
Description
The Adoremus Hymnal

The Adoremus Hymnal, first published in 1997, has been revised to incorporate the new English translation of the Mass. The new edition also includes new musical settings of the Mass, as well as additional hymns and chants. Like the original edition, the hymnal is intended for use both in small parishes with few musical resources and in large parishes with full choirs.

1. The Order of the Mass: The unchanging parts of the Mass in Latin and English (on facing pages), with basic Mass chants (responses and acclamations) imbedded within the texts.

2. Musical settings for the Ordinary of the Mass: Six traditional Latin chant (two settings added to the original four) and four newly composed Mass settings in English, of the Kyrie, Gloria, Credo, Sanctus, Agnus Dei - plus music for the new Acclamations.

3. Hymns. A careful selection of hymns and chants for every season of the liturgical year (Advent, Christmas, Lent, Easter, etc.), for other liturgical feasts and holidays, and for devotions. Many traditional hymns (and all the Sequences) appear in both Latin and English. The chants from Jubilate Deo, Pope Paul VI's 1974 collection of Latin chant sent to all the bishops, are included in the new edition. (Note about hymn numbering: The numbering of the hymns in the new edition is preserved from the original edition; and newly added hymns in sections such as Advent, Christmas, Lent, etc., are placed at the end of the relevant sections, and have been assigned new numbers consecutively. See Index of hymns by liturgical season or occasion.)

4. The hymnal also includes a basic service for Exposition, Adoration and Benediction of the Blessed Sacrament, in Latin and English.

Contents as above, but melody-only for hymns, and only the three basic indices.