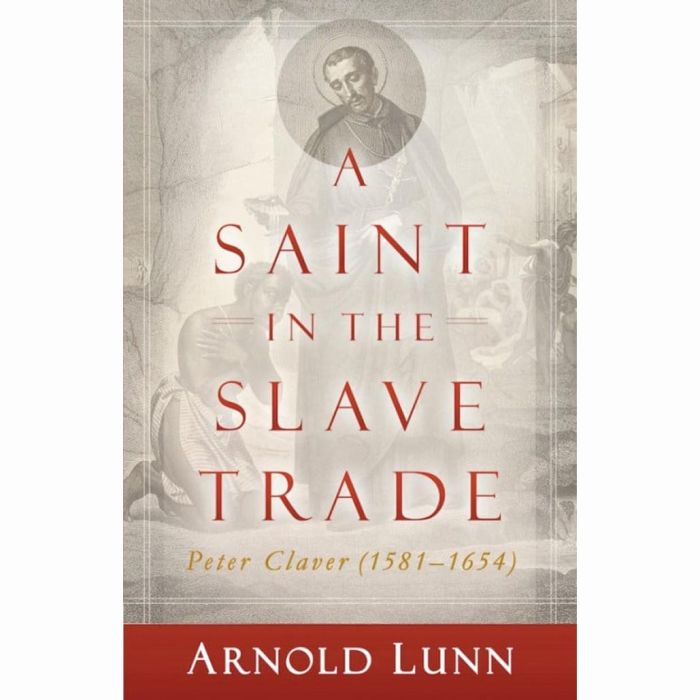 A Saint in the Slave Trade

Captured and separated from all he loved, fettered down in a ship amid relentless waves and disease, he lived at the mercy of his captors. Water and food were scarce, prisoners were tortured and tormented, and the heat and decrepitude were intolerable. Many succumbed to death, while others committed suicide or were killed.

This is the desperate situation into which St. Peter Claver (1581–1684) voluntarily entered. Author Arnold Lunn reflects that St. Peter, a learned and gifted priest, became the "slave of the slaves" in order to become a father to the fatherless. He lived in the slave ships of the West Indies to care for the sick and bring the gospel and the sacraments to the hopeless.

In A Saint in the Slave Trade, Lunn reveals how, from the early days of Christianity, the Church has worked to uphold the dignity, rights, and freedom of slaves and that many of the same struggles to overcome injustice and affirm the value of human life are apparent today.

Reflecting on humanistic outrages from Roman times to recent years, A Saint in the Slave Trade offers philosophical and spiritual insights on how the power of Christian charity revolutionizes and liberates souls in the direst situations. Embark on a spiritual voyage with St. Peter Claver and let him guide you in:

A Saint in the Slave Trade powerfully attests that all lives matter. Our personal witness of sanctity is a "creative force" that will help lead other souls to God.