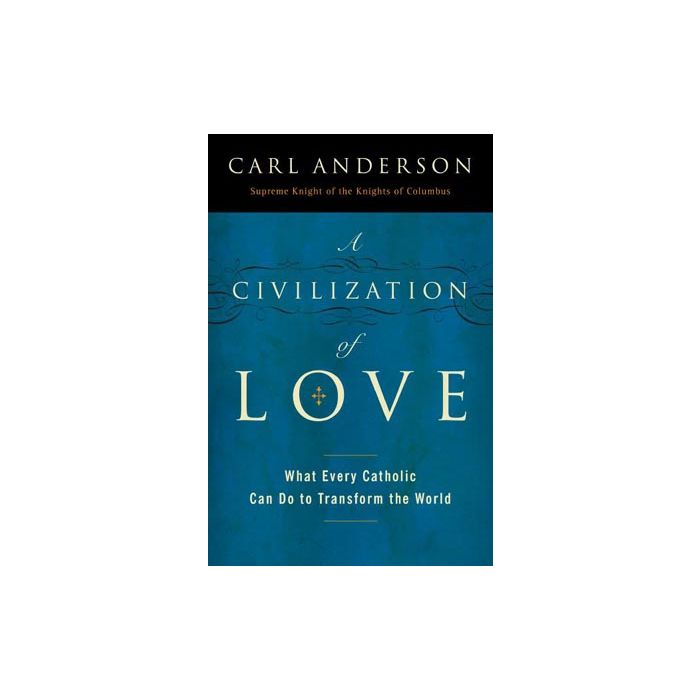 Author: Carl Anderson
Item
42708
In stock
Be the first to review this product
$19.95
Add to Wish List Add to Compare
Gift Registry
Add
Description
by: Carl Anderson
What Every Catholic Can Do to Transform the World

Carl Anderson, Supreme Knight of the Knights of Columbus, surveys the exciting and history-changing ideas of Pope John Paul II in A Civilization of Love. By popularizing not only John Paul's vision but also that of his successor, Benedict XVI, Anderson hopes to inspire Christians to work toward creating a civilization of love. In such a civilization every person is a child of God. We are all intrinsically valuable. The battle today is between the culture of death (where people are judged by their social or economic value) and the culture of life. Anderson pushes aside religious differences in order to spread a message of hope to those who are weary of the constant turmoil of modern society. While he does specifically challenge Christians to take an active role in their faith, you do not have to be a Christian to participate in the movement toward a civilization of love.

By embracing the culture of life and standing with those most marginalized and deemed "useless" or a "burden" on modern society, Christians can change the tone and direction of our culture. Anderson demonstrates that regardless of our differences, we can come together on the centrality of loving and caring for others. He brings a message of inclusion and hope in the midst of a clash of civilizations and provides a road map for helping Christians understand their role in the world.