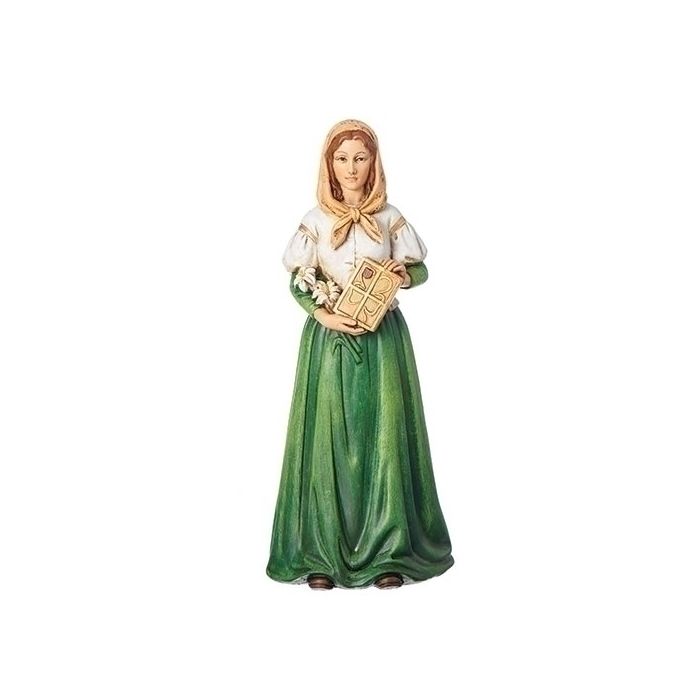 Item
33385
In stock
Be the first to review this product
$26.95
Add to Wish List Add to Compare
Gift Registry
Add
Description

from the Joseph Studio Collection

Saint Dymphna was the daughter of a grief stricken Irish warlord. When his wife, her mother, died, he searched the world for a maiden as fair. He realized that his daughter was as beautiful and made advances on her. She fled her home, and upon being found by her father, was killed by his madness.
The site of her death is known for healing the insane and possessed. Saint Dymphna is a patron of runaways, the insane, epileptics, and those suffering from nervous breakdowns or other mental illness.
Feast day May 15.