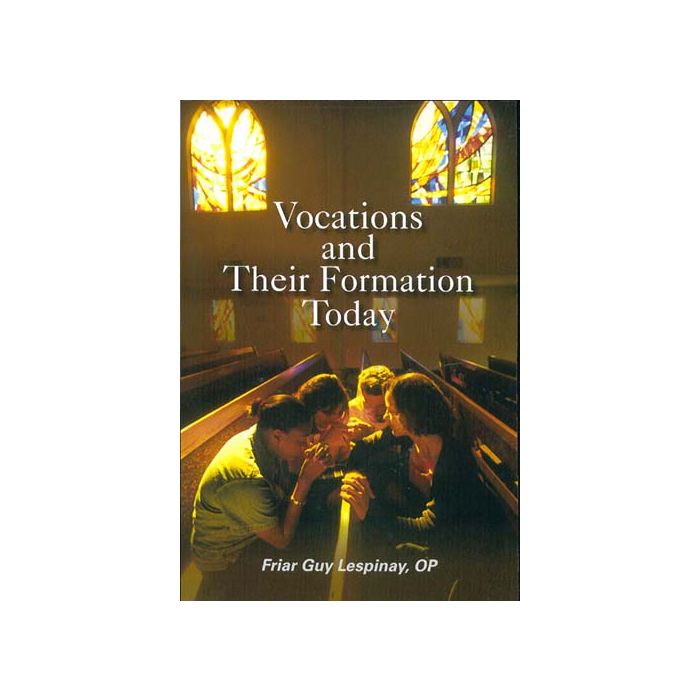 Vocations and Their Formation Today

Formation in religious life is a very complex matter. Indeed, it has become even more so since we live in a time of doubt and uncertainty when religious houses are closing and more than a few religious communities are facing the possibility of extinction for lack of vocations. Yet, while it is neither popular, nor easy to speak positively of religious life, and much less of formation for religious life, we must find the courage to do so! The formation plan has to be clear, yet, in its clarity, it must not become too rigid.

In Vocations and their formation today, Friar Guy Lespinay sets out a number of priorities and responsibilities in which the first person responsible for discernment and growth is the candidate himself. Without devoting special chapters to each group, he considers the differences between monasteries and apostolic congregations focusing a remark here and there, for example, on the difficulties met in contemplative monasteries where those in formation are few and formation can last 6 to 8 years without a change of spiritual guide. This book is extremely valuable for the way in which it draws our attention to details frequently assumed (and often forgotten), reminding us that the young candidate to religious life is truly representative of his or her generation.

The work also points out a number of snares into which formation communities may fall, e.g., harshly critiquing the candidate or using those in formation as household servants. These pitfalls are easily and best avoided! In short, this is a solid, straightforward and faithful book that avoids indulging in illusions as it outlines conditions for a positive journey along the path of formation in religious communities today.