The Devil And Bella Dodd: One Woman's Struggle Against Communism And Her Redempt

Author: Mary A. Nicholas, MD and Paul Kengor, PhD
Item
13391
Out of stock
Be the first to review this product
You saved: $1.00
Special Price $28.95 Regular Price $29.95
Sign up to get notified when this product is back in stock.
Add to Wish List
Gift Registry
Add
Description

The Devil and Bella Dodd

One Woman's Struggle Against Communism And Her Redemption

"Step by step, I retreated from God and went forth to meet the world, the flesh, and the devil. . . . I'd join the devil himself. . . . There is no doubt that I traveled with him at my side and that he extorted a great price for his company."

This is how Bella Dodd (1904–69) described her long battle with atheistic communism, an ideology her Church calls a "satanic scourge." She later described it as a "school of darkness," a school of "hate," a school for which she was a master organizer and infiltrator of every organization-public, private, and even ecclesiastical.

Bella Dodd courageously left the Communist Party and its diabolical machinations. Her former communist affiliates then smeared her with epithets eerily familiar to modern ears, dubbing her everything from a "fascist" to a "racist." Some things never change.

One thing that changed, however, was Bella Dodd. The man who helped pull her from the pit? A priest. A priest by the name of Fulton Sheen. Bella Dodd's story thereafter changed dramatically from one of seduction by the devil to redemption through Christ. She dedicated the remainder of her life to a special penance: warning the world of the evil of communism and its plans.

In the battle between the devil and Bella Dodd, Bella and her Church won. At long last, here is her inspiring story. 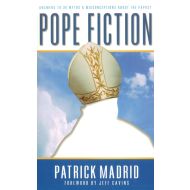 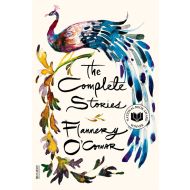 The Complete Stories of Flannery O'Connor
$18.00 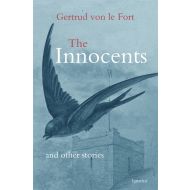 Innocents and Other Stories
$14.95 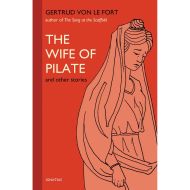 The Wife of Pilate and Other Stories
$14.95
Login
Register
Your personal information will be kept strictly confidential and will not be disclosed.
Reset Password