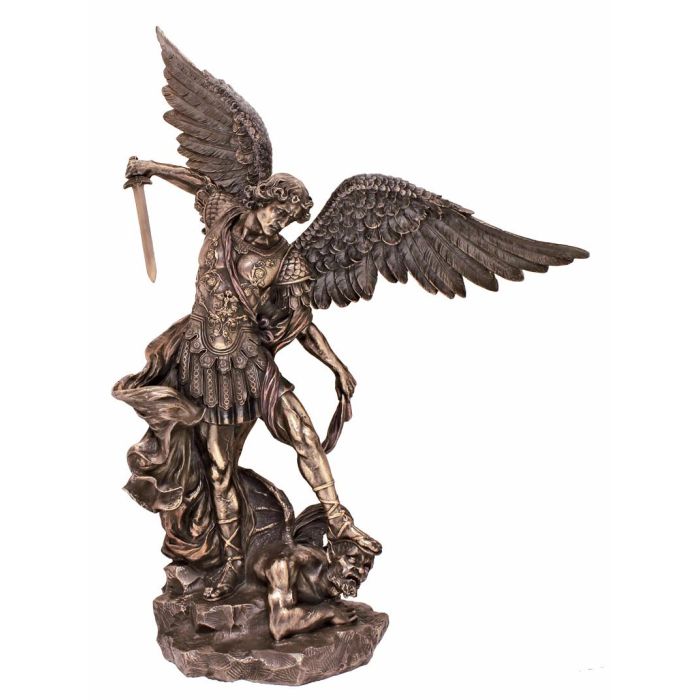 Direct Ship
Be the first to review this product
You saved: $90.00
Special Price $360.00 Regular Price $450.00
Add to Wish List Add to Compare
Gift Registry
Add
Description
from the Veronese Collection

This 21 inch high statue is made of cold cast bronze and then hand-painted with soft color highlights that are added before firing.

From the Veronese collection of religious statuary.

Saint Michael the Archangel the leader of all angels and of the army of God. This is what the title "Archangel" means, that he is above all the others in rank.

St. Michael has four main responsibilities or offices, as we know from scripture and Christian tradition.
The first is to combat Satan.
The second is to escort the faithful to heaven at their hour of death.
The third is to be a champion of all Christians, and the Church itself.
And the fourth is to call men from life on Earth to their heavenly judgment.

Very little is known about St Michael other than what we know from Scriptures.
In Daniel, St. Michael is mentioned twice. The first time as one who helped Daniel, and the second time he is mentioned with regard to the end times of the world when he will stand for the "children of thy people."

His next mention comes in the Epistle of St. Jude, where St. Michael is said to guard the tombs of Moses and Eve and has contended with Satan over the body of Moses.
The final mention is in Revelation, where St. Michael and his angels, do battle with the dragon.
Additional Info
Reviews
Write Your Own Review
Shipping Info 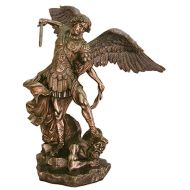 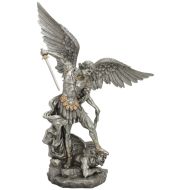 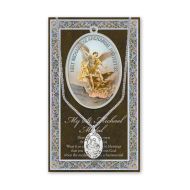 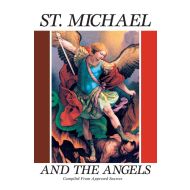 St. Michael and The Angels
$11.95
Login
Register
Your personal information will be kept strictly confidential and will not be disclosed.
Reset Password