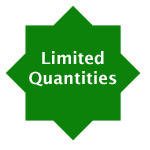 New Out of Print Title

"You have suffered grievously and I am truly sorry. I know that nothing can undo the wrong you have endured." - Pope Benedict XVI

Since 1985, the Catholic Church in the United States has been living in the shadow of the clerical sexual abuse crisis. In 2002, revelations in Boston ignited an institutional nightmare. More recently, the scandal erupted in Ireland and spread across Europe. There is now a rush by some, both inside and outside the Church, to place direct blame upon Pope Benedict XVI.

There is no escaping the fact that Pope Benedict, as the former head of the Congregation for the Doctrine of the Faith and now as pope, has played a historically pivotal and personal role in the Vatican's response to the crisis.

Pope Benedict XVI and the Sexual Abuse Crisis is a groundbreaking, critically objective assessment of the criticism facing the pope as well as a review of his real response to the victims, abusers, bishops, media, and the millions of Catholics worldwide who continue to be justifiably horrified by the scandal. The first and foremost objective for this book is the truth - no matter how difficult to face - and letting the pope's record speak for itself.

'No one imagines that this painful situation will be resolved swiftly. Real progress has been made, yet much more remains to be done.' - Pope Benedict XVI