Be the first to review this product
Item
9187
Availability: Preorder
$7.95 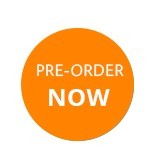 Significant delays d/t COVID
Add to Wish List Add to Compare
Gift Registry
Add
Description
The cord of St. Joseph is a white cord braided of 100% cotton with one knot at one end and 7 knots at the other end. These 7 knots hang down after the cord is tied around the waist and are in honor if the 7 joys and 7 sorrows of St. Joseph.100% cotton Cord comes with pamphlets with investiture, history, and prayers associated with it.Cord Measures 4 1/2 feet in length.- NOT PRE-KNOTTEDMade in the USA.What Cords and Cinctures Are-The wearing of a cord or cincture has always been a sign of chastity as well as mortification and humility for the laity as well as the religious.The wearing of a cord in honor of a saint goes back to the very early Church. We find the first instance mentioned in the life of St Monica. In a vision from the Blessed Virgin, she received a black leathern belt, and assured that those who wore it in her honor would be under her protection. And there are many other instances.The wearing a cord to honor St. Michael was general throughout France.

After his conversion St. Francis of Assisi girded himself in rough cords in honor of the cords that bound Our Lord during His passion.
St Dominic received his cord from St Francis and wore it out of sight in devotion to St. Francis.
The cord of St. Philomena was a pious practice after many miracles and her confraternity was raised to an Archconfraternity.
The miraculous cure of an Augustinian nun of St Joseph's Archconfraternity gave rise to the pious wearing of the cincture of St. Joseph.

Cords worn around the waist are for additional grace to live a life of purity and chastity, among other graces. When worn sash style across one shoulder, it is for obedience.