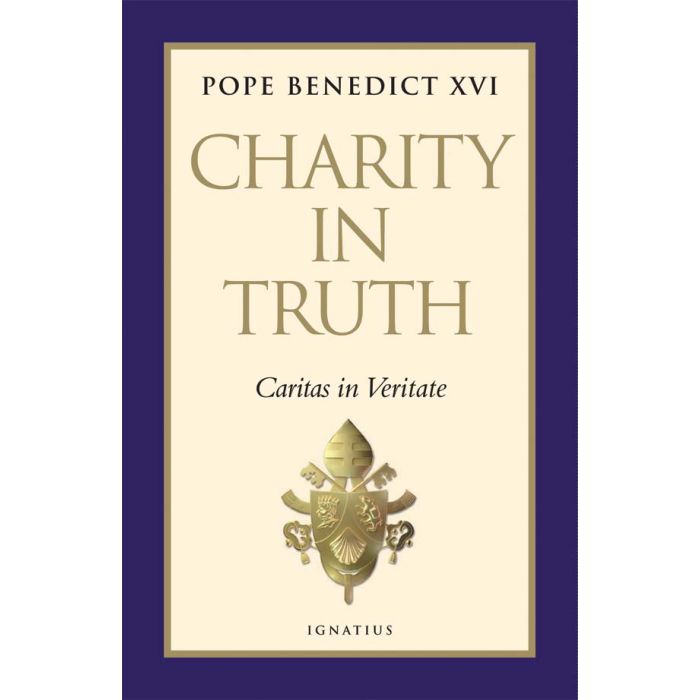 Charity in Truth - Caritas in Veritate

Benedict XVI has something for everyone in Caritas in Veritate (also known as Charity in Truth)-from praising profit to defending the environment, from calling for a role for government in the economy to insisting on the necessity of moral transformation and "gratuitousness" in economic life, from the issue of immigration to the importance of technology. However, he also insists on discernment and the purification of our ideas by faith and reason, in order to temper any immoderate and one-sided enthusiasms.

Charity in Truth was expected to be-and is-the former pope's encyclical on "social justice." And indeed "justice" and "rights" find their proper place. But "charity" and "truth" are shown to be the fundamental principles.

Pope Benedict XVI writes, "Charity is at the heart of the Church's social doctrine...Without truth, without trust and love for what is true, there is no social conscience and responsibility, and social action ends up serving private interests and the logic of power".