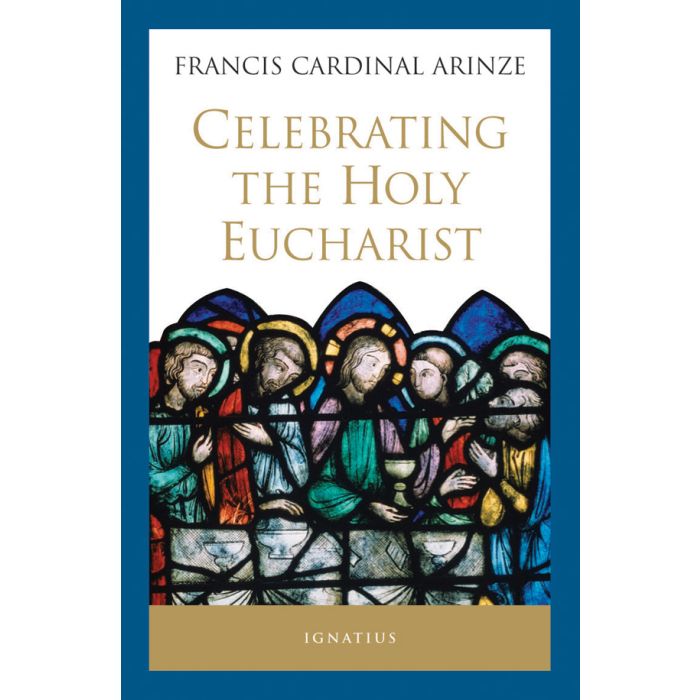 New Copy of Out of Print Title

Cardinal Arinze, the greatly esteemed African churchman and head of the Vatican congregation for worship and sacraments, elucidates the Church's faith in the Eucharist as the high point of her public worship and the source and summit of Christian life.

In Celebrating the Holy Eucharist, Cardinal Arinze emphasizes that the priest is ordained, first and foremost, to celebrate the Sacrifice of the Mass and other liturgical rites. The priest "finds himself at the hightest moment of his vocation when 'in persona Christi' he celebrates the Eucharistic Sacrifice."

The laity also finds in the Mass "the fount and apex of their entire Christian lives." The Eucharist gives "life, meaning and direction" to all of their works and actions. Cardinal Arinze shows how the Eucharistic celebration sends the lay faithful out into the world to spread the gospel, giving special mention to the role of the family in the work of evangelization.

The Cardinal also discusses in this book the changes in the Mass and other liturgical rites that have taken place during the last forty years. The responsibilities of the diocesan Bishop, the celebrating priest, and the assisting assembly are examined in depth.