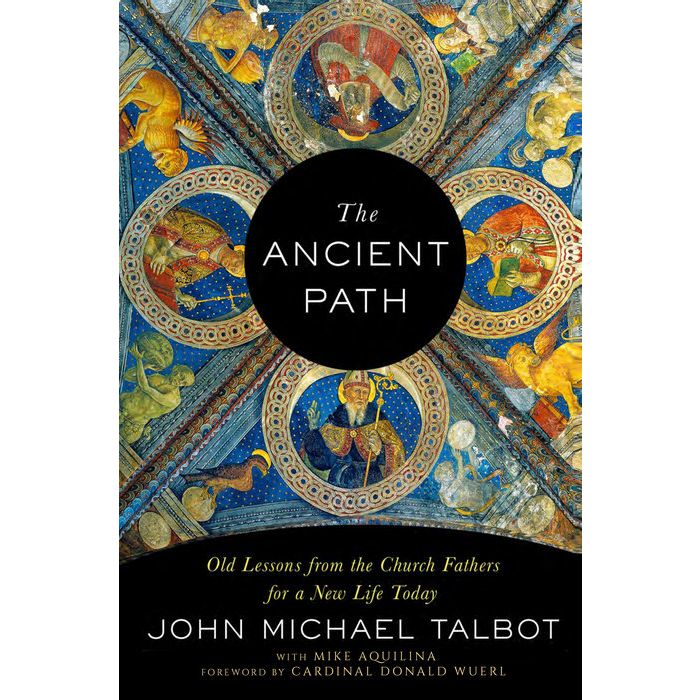 Ancient Path: Old Lessons from the Church Fathers for a New Life Today

People often imagine that the Church Fathers looked like their icons and smelled of incense, heroic figures wrapped in fine liturgical vestments of silk and lace, engulfed in billows of smoke from their golden censers. Yet, truth be told, even in their writings they resemble more the tattered cloak of Jesus or the dusty sweat-soaked habits of the early Desert Fathers and Mothers. Theirs is an utterly incarnational spirituality. It is heaven-sent, but it moves forward with both feet on the ground of the earth.

In this powerful work, John Michael Talbot tells the story of how these men deeply influenced his spiritual, professional and personal life. Coming to the Christian faith as a young man during the turbulent 1960s, he soon grew a fond of the Church Fathers, including St. Ambrose, St. Jerome, St. Augustine and Gregory the Great and found guidance, reassurance and wisdom on his path to Jesus.

"The First Epistle of Saint Peter," writes Talbot, "tells us that we are 'a spiritual temple built of living stones.' The early Church Fathers represent the first rows built upon the foundation of the Apostles. And that sacred building project continues throughout history to our time today. But it rests on the Fathers. It depends on them."